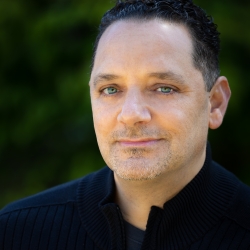 Larry has been teaching in the College of Ethnic Studies at San Francisco State University since 1994. Among other courses, he teaches “Grassroots Organizing in Communities of Color” and "Race, Sports and Society." He is one of the founding faculty members of the Race and Resistance Studies Department, and was the first Faculty Coordinator for the Metro Academy Program in Ethnic Studies.

Larry served two terms on the Executive Board of the SF STATE Chapter of the California Faculty Association.

One of his main goals as a faculty member has been to cultivate student activist leadership and connect students with the many community organizing projects in the Bay Area. Hundreds of his students have gone on to volunteer and even staff community organizations. Many have also participated in intensive organizer training with the Oakland-based Center for Third World Organizing (CTWO)

Larry has a twenty-five -year association with CTWO, including a ten-year stint on the Board of Directors, and beginning in 1993 when he joined the Editorial Board of CTWO’s publication Third Force magazine. Some of his “Movement History” columns were later published in Roots of Justice: Stories of Organizing in Communities of Color. Larry also wrote his doctoral dissertation on CTWO’s first twenty years (Leading with Race: The Center for Third World Organizing and the Politics of Community Organizing).