From The Doctrine Of Discovery To Climate Destruction: The roots of the climate crisis in settler-colonialism and enslavement 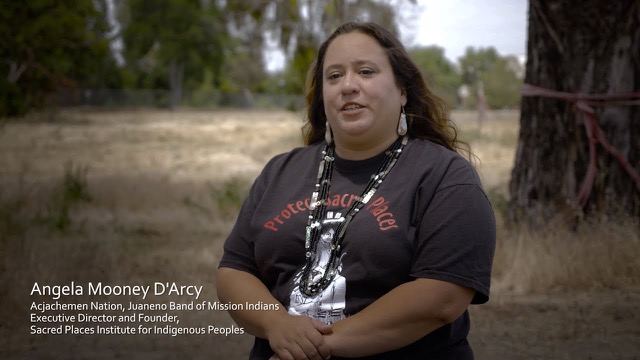 Angela has been working with Native Nations, Indigenous people, grassroots and nonprofit organizations, educational institutions and government agencies to protect Indigenous sacred lands, waters, and cultures for over fifteen years. She is the Executive Director and Founder of Sacred Places Institute for Indigenous Peoples, a Los Angeles-based community organization dedicated to building the capacity of Tribes and Indigenous people on cultural, social, and environmental justice issues. She is also co-founder and co-director of the United Coalition to Protect Panhe, a grassroots alliance of Acjachemen people dedicated to the protection of the sacred site Panhe. She worked with University of California, Irvine Sustainability Initiative as the Tribal Community Engagement Coordinator to build relationships between tribal communities and university faculty, staff, administration, and students. Angela authored the Environmental Justice chapter of the report Native Voices Rising: A Case for Funding Native-led Change, which was sponsored by Native Americans in Philanthropy and Common Counsel Foundation. She serves as Board Secretary for the Blas Aguilar Adobe Foundation which oversees the Blas Aguilar Adobe Museum & Acjachemen Cultural Center in San Juan Capistrano. She received her B.A. from Brown University and her J.D. with a concentration in Critical Race Studies and focus on federal Indian law from University of California, Los Angeles School of Law. 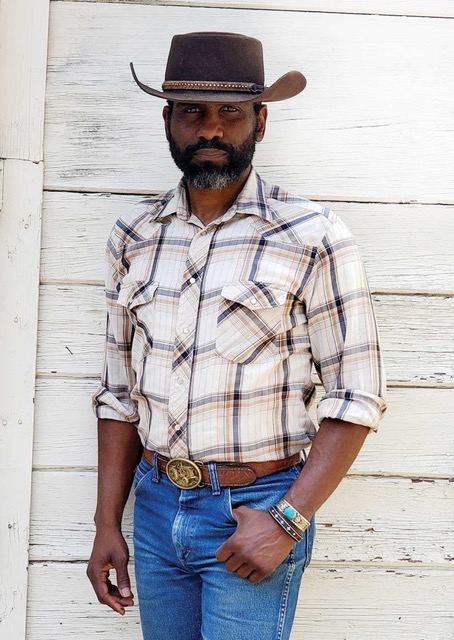 Hop is Director of Organizational Transformation at the Sierra Club, where he works to ensure that Sierra Club campaigns and programs protect those most affected by climate change and environmental degradation and promote economic justice. Hop is also a certified Arborist, a Master Gardener and has earned a Permaculture Design Certificate. He has been a Grassroots Environmental Justice Community Organizer in Seattle, WA, Portland, OR and Los Angeles, CA. He has served on the boards of the Community Coalition for Environmental Justice, Western States Center and People’s College of Law. Presently, Hop sits on the Los Angeles Food Policy Council’s Leadership Board, is earning his Master’s in Urban Sustainability and is the Climate Justice Fellow at Antioch University, Los Angeles. He also participated in the Marshall Ganz Organizing Program at the Harvard University Kennedy School. Alongside his wife of eighteen years, co-founded Panther Ridge Farm located just outside of Los Angeles. Collectively they homeschool their daughters and steward a quarter of an acre of land inhabited by their pet Australian shepherds, chickens, honey bees, fruit trees and multiple compost piles.

Gopal has been involved in fighting for social, economic, environmental and racial justice through organizing & campaigning, teaching, writing, speaking and direct action since the late 1980’s. Gopal did his undergraduate studies at UC Davis, graduate studies in education at UC Berkeley and was the first Climate Justice Fellow in the Urban Sustainability Masters of Arts program at Antioch University, Los Angeles, where he continues to teach in graduate and undergraduate programs.

As you watch/listen to the conversation between Angela and Hop, write down three to five quotes/statements they make that capture your attention. For each quote, write a 2-3 paragraph reflection on why the quote stood out to you. Does it change the way you understand the issues of climate disruption, and how or why?  Does it confirm or diverge from your own lived experience and in what ways?

The mainstream conversation on climate change centers the cause of climate change in the burning of fossil fuels. Most policy approaches to climate are centered on curbing emissions of greenhouse gases and focus on trying to address the climate crisis without fundamentally changing the foundations of our economy, governance and societies. How do the perspectives of Angela, Hop and the readings complicate the mainstream understanding of climate disruption? How does interrogating the roots of the crisis change how we imagine and approach the solutions? (3-5 pages)

(1) Read: Racism is Killing the Planet by Hop Hopkins
(2) Watch: Eriel Derange- Reclaiming Our Indigeneity and Our Place in Modern Society
(3) Read: To Decolonize Indigenous Lands we must also Abolish Policing and Prisons by Charles Sepulveda

To schedule a meeting, go to: calendly.com/bakrania